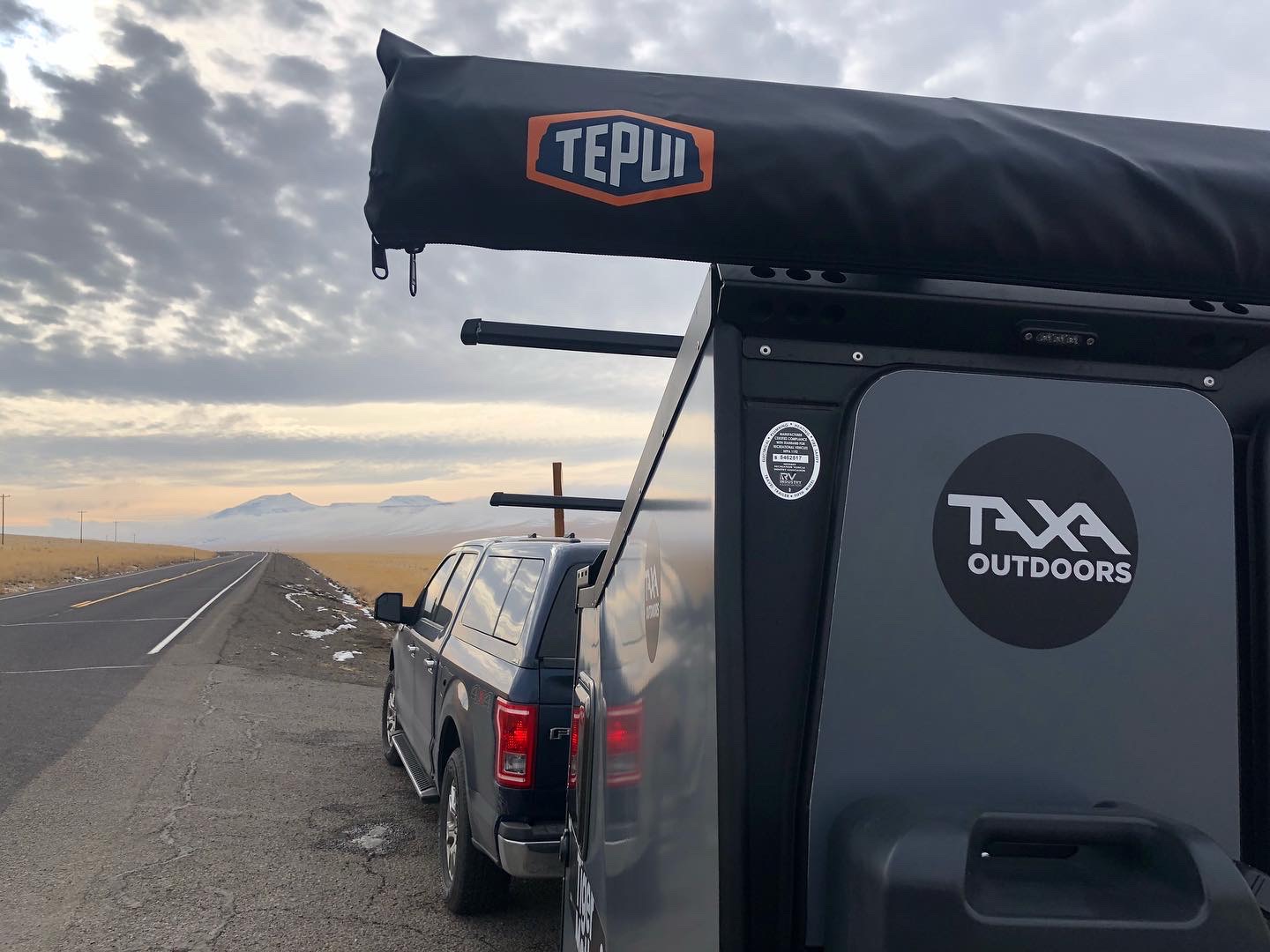 I love the outdoors. I've found that a few creature comforts along with ease of set up and take down can make a difference in your experience. My wife, two kids and I travelled for years in an Airstream Westfalia camper van. A great travel tool which took us on many adventures. The camper van had some limitations as to where our adventures could take us. This lead to the decision to get the Taxa TigerMoth Trailer (Human Habitat). We're looking forward to sharing this trailer in hopes that others can experience the great outdoors.

Memories made on trips with Eric Johnson's RVs

This is a rugged, solid trailer that worked well for our family (2 adults and 2 kids). The trailer has plenty of storage and is well equipped (stove, chairs, kitchen equipment), just bring your cooler/food/sleeping bags. Eric clearly explains the setup and has the trailer accessories you need (chocks, locks, pins).

We enjoyed exploring with this trailer (our children even sang songs about it in the car). A huge step up from tent camping!

A great experience. Eric was excellent to work with and very helpful. The entire walk through was super helpful and very informative. The rig is amazing and very easy to tow (I pulled it with a Subaru Ascent all the way to Yellowstone). We had our share of rain and cold weather, everything held up perfectly. The trailer was nicely stocked and we barely had to bring any of our own stuff. It is a camping mattress in both the trailer and the tent, so you may consider an additional sleeping pad.

First and foremost, Eric is a most excellent owner/host. He took the time to explain every detail of the tiger moth before we set out and had extensive documentation inside the trailer for reference during the journey. Eric provided all the equipment we needed along with the trailer - just bring food and clothes and bedding and you're 100% good to go. Could not be an easier experience for first timers.

The tiger moth worked great for a family of 2 adults and 2 kids (ages 7 and 4) on a 10 night camping trip from San Francisco to Seattle via the coast and back via the mountains. Easy to set up and the external kitchen works great even in the rain one you deploy the rear awning. Had plenty of power for the trailer lights plus a portable fridge, and we kept topping off the battery with the portable solar panel Eric included and never needed to visit the typically less scenic campsites that have shore power.

We had no issues towing the tiger moth with a Toyota RAV4 - kept to speeds of 55-60 mph on both backroads and interstates. Got about 25 mpg for a 2500 mile journey.

We had the most wonderful time in Eric's TAXA TigerMoth! Eric, himself was wonderful to work with and very accommodating and reasonable - we were coming from 3 hours away and he met us half way! He went above and beyond!
The TigerMoth was amazing! There were 4 of us - 2 adults and 2 kids. We rotated beds every night so everyone got to try out the rooftop tent and the bed inside. It was all very comfortable and felt luxurious yet camping at the same time!
I highly recommend working with Eric and checking out this TigerMoth! We can't wait to do it again (or even get our own we loved it so much)!

Thanks Nicole and family!

What a fantastic little trailer! Perfect for our family of 4 to travel across a couple of states and back, all the while camping in some great spots.

Keeps you warm and protected from wind and bugs without being a hassle to tow and holding all of your stuff safe and sound.

Would definitely rent from Eric again.

Eric is an amazing host. His Tigermoth was the right trailer for our family of four and a pup. We camped in freezing temperatures and it was well insulated. IKamper was very easy to setup and pack up. Will definitely rent again.

1 Photo submitted by Soumen B.

This thing is so damn cool. It looks like it’s designed for Mars (no surprise, given that the founder is an ex-NASA designer). It’s extremely light (1500 lbs) so that we barely felt it while towing with a V6 truck, and capable enough that it easily followed along on any dirt road we took it on. We took our 7 month old on her first big national parks trip, and the camper made everything that much more memorable. The beds inside and in the pop up tent are super comfy, and the slide out kitchen makes cooking a breeze. Eric has added a lot of thoughtful touches, like nice an outdoor mat to prevent tracking dirt and detachable screens that you can use if you want to leave the doors open. The camper feels very homey.

Eric himself is the nicest dude ever — he went out of his way to deliver/pickup the camper, and spent an hour walking me through how everything worked on the trailer. All the extras he provided also meant that we didn’t have to worry about bringing along anything, and could just hitch the trailer and go. Would highly recommend!

4 Photos submitted by Faaez U.

Greatest vehicle ever! Our family of 4 took this vehicle From Santa Cruz to Seattle, Portland, and Vashon Island. It is amazing and everything we wanted. Eric was great to work with and we had NO problems. The only issue was that everyone was fascinated by the Tiger Moth. Everything you want and nothing you don’t. Simple and terrific. Rent this thing.